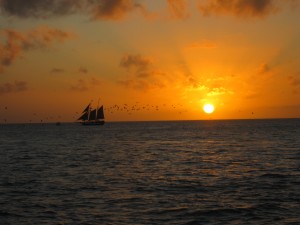 I’ve been meaning to share this for a long time now, ever since I stood on the shore in Florida and watched the ocean.

That was in December.

But it doesn’t matter. Because even now, I can close my eyes, and I can still hear the waves rolling, and I can still smell the salty sea air. It’s dark, and I’m a part of it. A part of the ocean. It rises and falls in my heart.

The ocean is big. Really big. I know that sounds painfully obvious, but it didn’t strike me until I stood on the shore and watched it for a while. It’s just so vast and endless… especially at night. You know something? When the ocean is all you can see for miles and miles, and it’s dark and ominous instead of a happy tropical blue, it’s a pretty scary place. All you can hear is the splash of the rolling waves, and it’s hard to tell what’s water and what’s sky… kind of makes you realize how insignificant your GPA really is.

One of the most relevant moments I had when I went to Florida was just watching the ocean. Seriously. Yeah, it was calming, but that’s not all. I felt small and unimportant when I stood on the shore… but I also felt free. Any worries that might have clouded my mind were gone. The smell, the sound, the sight… I felt more human, more alive than I had ever felt before. And yet… still different. Still me.

I don’t know… maybe this doesn’t even make sense. Maybe I’m just rambling on about something crazy, and maybe you don’t think the same way as I do.

Edit: The ocean photo is from Key West. Southernmost point of the United States. 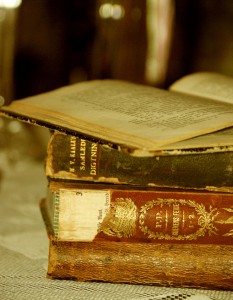 I went to the theater yesterday to watch Beauty and the Beast in 3D with one of my best friends. The movie was as good as ever, of course, but I’m not too sure about the 3D… personally, I think it kind of ruined it. Halted my imagination somehow. But that’s all right- it was nice to have a chance to watch the movie on the big screen.

My favorite scene in Beauty and the Beast is when the beast gives Belle his library. The scene is so breathtaking and beautiful… my imagination runs away with it. If I had a library like that, I don’t think I’d ever come out of it! I fell in love with the library from the movie and now I long for one of my own.

I love old-fashioned libraries and books. Ancient, dusty volumes… and the smell of an old book is the best part. Sometimes it makes me really sad to think how much technology has advanced. Online books aren’t nearly as much fun as turning the pages of an actual novel. I’d hate to think that a day will come when we no longer print books and everything is on a computer screen. Even writing things down as opposed to typing them… there’s a thrill that only a pen and paper can bring. And writing with a quill on parchment seems much more… romantic, somehow, than typing on a boring old computer.

It’s funny; I almost feel like I want to move backwards in time instead of advancing further. Of course… any romantic or sentimental attitude must give way to what they call “efficiency,” and so it must go on… with humans never being satisfied and constantly trying to improve this life.

Ah well. I think I’ve been reading too much Emerson and Thoreau… maybe I’m becoming a bit of a transcendentalist myself! But sometimes life does seem to be advancing much too quickly for my liking. I’m perfectly fine with just keeping it simple. 🙂

Oh, and watch this: 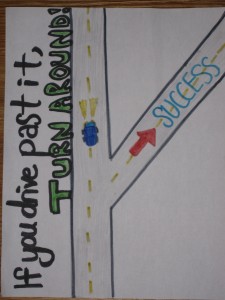 Most people learn the secret to life when they’re old and gray, so it is useless to them. Fortunately for me, I learned it while I’m still young. I didn’t have to be staring death in the face to realize it, either. I realized it this year when I made a seemingly simple decision.

I’m serious. It’s three simple words, but that’s all there is to it.

Until recently this year, I was in an advanced math class. If I had continued on that track, I would be taking crazy college level stuff in 12th grade and be working my butt off. I wouldn’t have had time to think, to eat, to sleep, to breathe-

Was I capable of it?

Here’s the thing: I had an A in my advanced class this year, and I had straight A’s last year. My teachers were super confused- why in the heck would I switch down? Only people who couldn’t handle the class did that. I could have continued on this track and done crazy math stuff junior and senior year. I could have majored in math in college. I could have become some freakishly smart math professor and maybe even made mathematical discoveries or had theorems named after me.

But I would not have been successful.

Success: The satisfaction you get from doing something you love.

If you think about it, we- that is, each and every person in the human race is capable of doing anything.

But life is too short to do it all. That’s just the way it is. That’s why you have to decide between your passion and your ability.

I have the ability to do higher level math. But I chose not  to, even though I’m dying of boredom in my math class this year. Because my passion lies in writing. And I’d rather spend time writing my book than working really hard at something that doesn’t interest me.

My mom actually had a great analogy for this. She told me that I was driving down the road, and I came to a fork. I kept driving, but before long I realized I was on the wrong path. So all I had to do was backtrack a little (move into the lower math class) until I got to the fork, and then continue on the right path. Better to do that then keep going on the wrong road.

A couple years ago, I saw a poster that said, “No matter how far you go down the wrong road, you can always turn back.”

Well, that’s true, but the faster you turn around, the less distance you have to cover. And the less time is wasted.

Life is too short not to follow your dreams, aim high and have big goals in mind.

Now go out there and make it happen.